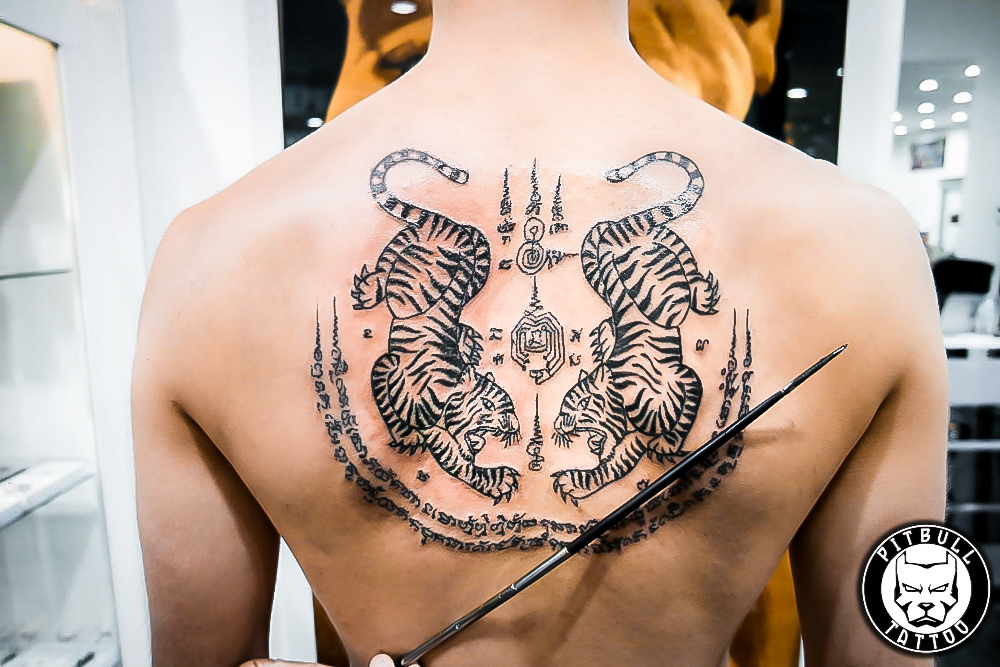 Sak means to tap or to tattoo and Yant represents the design.

Amoung the main symbolisms of Sak Yant Tattoos we find : 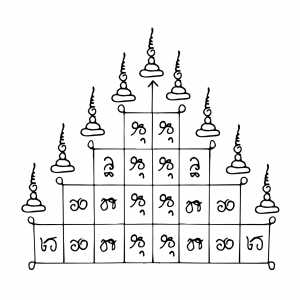 Sak Yant tattoos can be used to attract compassion, to inspire respect and to bring success or luck. According to some beliefs, they can also create barrier to protect the bearer’s skin from injuries (animals bites or enemies’ weapons). It is said that their magical powers are given by the mantras imbued in the yantras (the tattoo designs). In fact, without the mantras, a Sak Yant is just a simple tattoo.

Beliefs not only influence the content of the Sak Yant tatoo, but also its placement. The closer the tattoo is to the head, the greater its powers will be since the head is considered to be the repository of the soul. 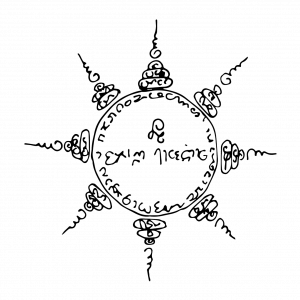 Traditionally, to get tattooed, you would visit a temple and be marked by monks. However, the process of receiving a Sak Yant tattoo does not always take place in a monastery. Nowadays, those tattoos are also performed by Ajarns (lay masters) and Ruesi (hermits).

Before the ceremony, the receiver must make an offering to the Buddha. And, once the tattoo is done, the master declares it as sacred. Every year, it is also possible for the bearer to re-empower his tattoo during the Wai Khru festival, one of the biggest tattoo festival in Asia.

To obtain their title, Sak Yant tattoo master must study extensively. They have to must learn Pali and Khom (the ancient Khmer alphabet), study mantra and meditate (vipassana meditation). They are also trained to integrate the magic spells into the tattoos. Because of all their knowledge, one of their role is to explain the meaning of tattoos. They are true tattoo masters!