How old is the Oldest Tattoo?

How old are tattoos, really? The oldest tattoos were, of course, manually done tattoos called stick and pokes. Stick and poke tattoos are universal, and their history is thousands of years old. While it’s impossible to know for sure when the first tattoo was performed, we do know two tattooed characters that are well-known for their venerable ages: Otzi and Amunet. 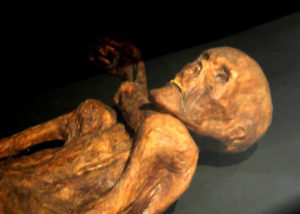 The oldest tattoos were found on a mummified man who died in the Italian Alps more than 5300 years ago. The body Otzi, so-called Iceman mummy, bears 61 lines and crosses. The tattoo technique used on his body was different from modern hand poke tattoos. In fact, the tattoos were made by rubbing charcoal in small skin incisions. There is evidence that these tattoos were therapeutic, not decorative, since their placement correspond with health problems identified on the mummy’s body: joint disease of the knees, ankles and wrists.

Amunet the Tattooed Priestesse of Hathor 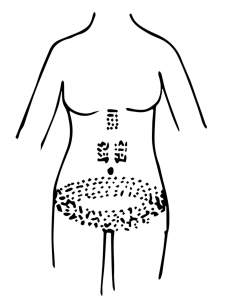 Amunet, identified as a priestess of the goddess Hathor, is one of the oldest women found with tattoos. She lived in Egypt around 2 100 BC. It’s only in 1891 that a French Egyptologist discovered here mummified body in Deir el-Bahari. At the same time, several tattooed female mummies were discovered, but Amunet remained the first and most famous.

Again, researches suggested that the marks on her skin were therapeutic or that they served fertility purposes. Her tattoos mainly covered the lower part of her abdomen and were also found on her arms, torso and thighs. All her tattoos appear as an arrangement of diamond-shaped dots forming geometric patterns. They are in fact quite similar to some minimalist tattoos or present-day stick and poke tattoos!

Thai Magic Tattoos – The art and influence of Sak Yant: How a belief may change your life