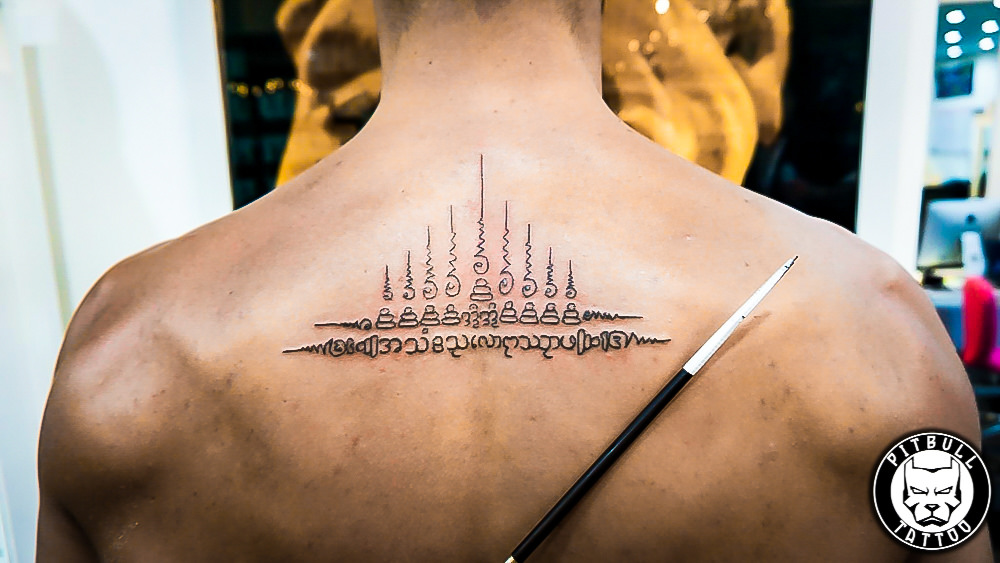 During the 2nd and 3rd centuries (CE), the Theravada Buddhism tradition spread from India to more oriental regions including Thailand and Cambodge. Before those times, this Theravada Budhdism was confined to India and had evolved through interactions with different religions and philosophies. Animism, Brahmanism and Tantrism had already influenced the Theravada tradition. Theravada Buddhims is still present in Thailand and other Southeast Asian countries and is regularly practiced by lay people and monks. The religious practices of many Thai people are influenced by magic animism and rituals for health and good luck.

Nowadays in Thailand, many people believe in the existence of benevolent or malevolent forces. Following these beliefs, magic spells have been developed to interact with such forces. These spells can take the form of magic tattoos. These, tattoos are known as Sak Yant tattoos or Roi Sak Tattoos. Their meaning comes the mantra or kata (what could be described as magical formulas) and are represented by yantra (geometrical and figurative designs).

Mantra and Yantra: The Essence of Sak Yant Tattoos

Yant is the the Thai and Khmer equivalent of Yantra, a Sanskrit word. Yantras are the visual aspect of the mantra: the design of the tattoo. In fact, those designs can be more than tattoos. They can be printed on tissues or painted as seen in the following video (0:21).

Mantras (or Kata in Thai or Khom), also a Sanskrit word, are sacred syllables. They are usually written in Sanskrit or in Pali, but they are also commonly translated in local languages. The word itself come from two roots : manas (mind) and trana (protection). Om is a well know mantra.

Source: Thai Magic Tattoos – The art and influence of Sak Yant: How a belief may change your life