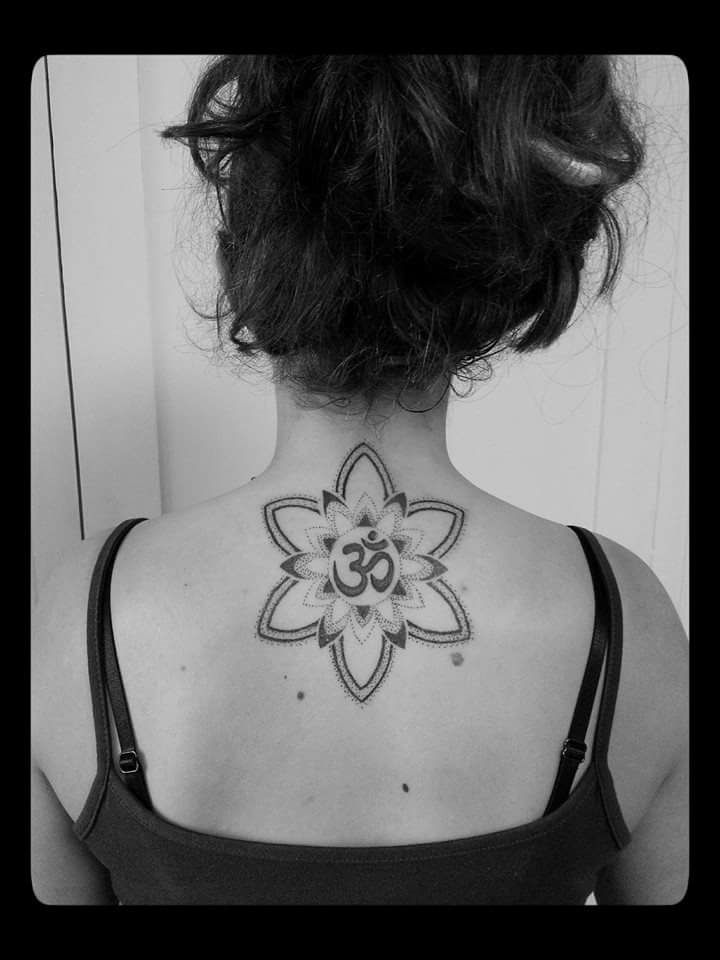 Om (Aum) tattoos are a popular design for both stick and poke tattoos and normal tattoos. The beauty and elegance of the Sanskrit symbol ॐ is well known. Similarly to unalome tattoos, Om tattoos carry more meaning than we might think! And thus, if you are planning on getting a Om tattoo, knowing the origins of this symbol could potentially save you trouble!

It is said that Om has Hindu origins. It’s more accurate to say that it comes from the Vedanta which is the philosophical foundation of Hinduism. Therefore, Om is common in many eastern religions such as Hinduism, Buddhism, Jainism and Sikhism. It’s a sacred chant, mantra and icon.

Nowadays, it is also popular in Western culture, but more likely to be encountered as a non-religious icon related to yoga.

Om is a symbol conveying many meanings. Even if it is often written as OM, the sound is actually spelled AUM.

A popular signification of Om is that it’s the first sound of the Universe or the sum of all sounds. You’ll often hear Om sung as a mantra, for example at the beginning of a yoga class.

The sound Om contains three other sound (A-U-M). Thus, it can be broken into three components, each carrying hugely different meanings. Here’s one we picked up for you: the letters A, U and M respectively represent the speech, the mind and the breath of life (prana). As a whole they represent the living spirit.

Where Should You Place Your Om Tattoo

Beware that not every part of your body is appropriate to get a Om tattoo! That is especially the case if you give significance to its religious meaning. It is important to avoid getting a Om tattoo under the waist line (on the legs or on the feet). In some cultures like hinduism, these body parts are seen as impure. Wearing a such sacred symbol on your feet could be seen as an insult.

However, even if Om carries religious significance, you don’t need to be of a particular religion to get this symbol tattooed. Because of the broad definition that is given to Om, you could pick your own version of this symbol!