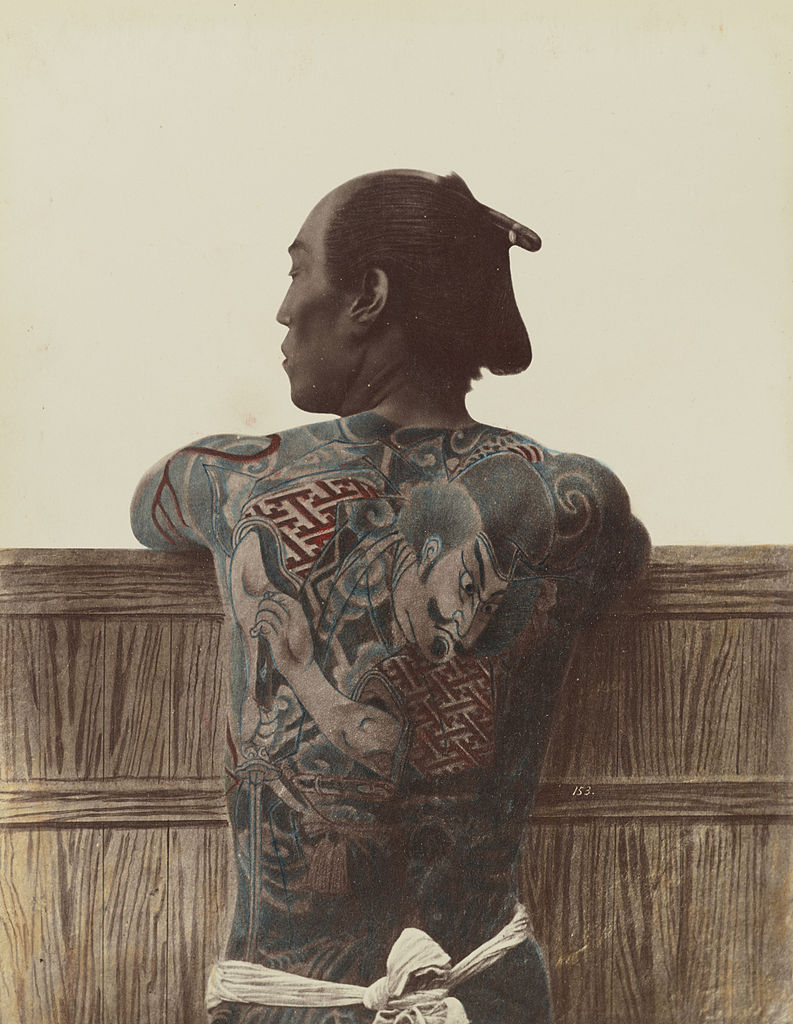 Irezumi is a japanese word for tattoo. It is a word with a deep history. We can actually trace irezumi back as far as Japan’s recorded history. Irezumi, is also somtimes used to refer to a specific kind of tattoo, designed as large piece to be worn under clothes. Those tattoos are easily recognizable since they tend to cover big parts of the body.

Irezumi can extend from the edge of the neck to the buttocks, but not the neck itself, face or hands. Irezumi tattoos illustrate a variety of symbols such as nature elements, living and mystical creatures, gods, heroes and demons.

Some people get irezumi tattoos to protect their bodies, as is tradition, or simply because they look great. However, in Japan, most people who wear irezumi tattoos choose to cover their ink when they go out in public. This might be related to the connotations of criminality that were for long associated with those tattoos. Indeed, from the late 19th century to the end of the Second World War, the Japanese government outlawed tattoos! Irezumi were at that time highly associated with Yakuza (organized crime in Japan).

Like stick and poke tattoos, tebori 手彫りare hand poked tattoos. In fact, tebori is the japanese traditional method of tattooing. Nowadays, some japanese tattoo artists practice irezumi tattoos with tebori technique, but more often they work with machines. Imagine the time necessary (and thus the money) to tattoo such a large piece entirely by hand!

Traditionnally, tebori tattoos were performed with a thin piece of bamboo, a nomi. Needles were attached to the nomi which could assemble over 20 needles! And everything was fixed with a silk string… Isn’t it similar to those DIY tools people sometimes craft for stick and pokes : pencil, needles and dental floss?

To see a tebori tattoo artist in action watch this video. Look how he holds the stick and support it with the base of his thumb.